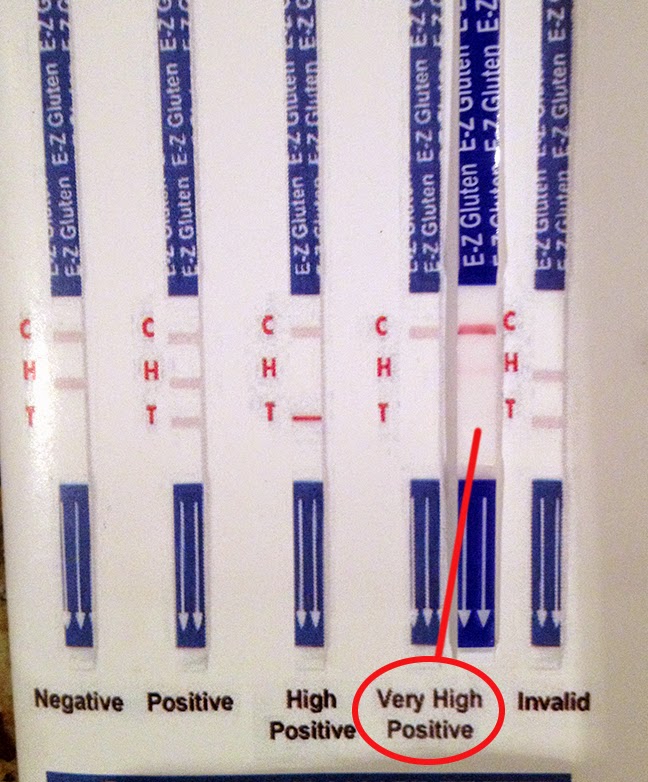 Very High Positive at 20 parts per million (ppm), meaning it is more than 20 ppm. Though standards vary from country to country, according to the FDA, "In order to use the term 'gluten free' on its label a food must meet all the requirements of the definition, including that the food must contain less than 20 ppm gluten." It is said that products with a gluten content below 20 ppm are suitable for people with celiac disease.

No better or worse than Bud Light - in fact it tastes the same as Bud Light to me. The kind of beer you'd use to wash down two dozen hot wings. i.e. something simple you don't need to savor the flavor of.

I am not sure where I fall in the gluten tolerance spectrum; I am gluten intolerant but not celiac. I definitely know what it feels like to be “glutened” i.e. gluten exposure, but I have not deliberately pushed my gluten consumption limits with any food or beer. I consumed this 12 oz. can in 30 minutes feeling no serious gluten effects - but did feel rather bloated.
Posted by Gluten in Beer at 8:22 PM

Search for Beers in This Blog

Gluten in Beer
Cursed by the diagnosis of gluten intolerance in 2012, I am on a quest to find beer that is low in gluten – and still tastes like real beer. DISCLAIMER: We are testing beers out of our own curiosity at home and sharing the test results with others. We are not medical doctors and our results should not be interpreted as medical advice. We do NOT claim that ANY of these beers are safe to consume if you have celiac disease or are gluten intolerant.